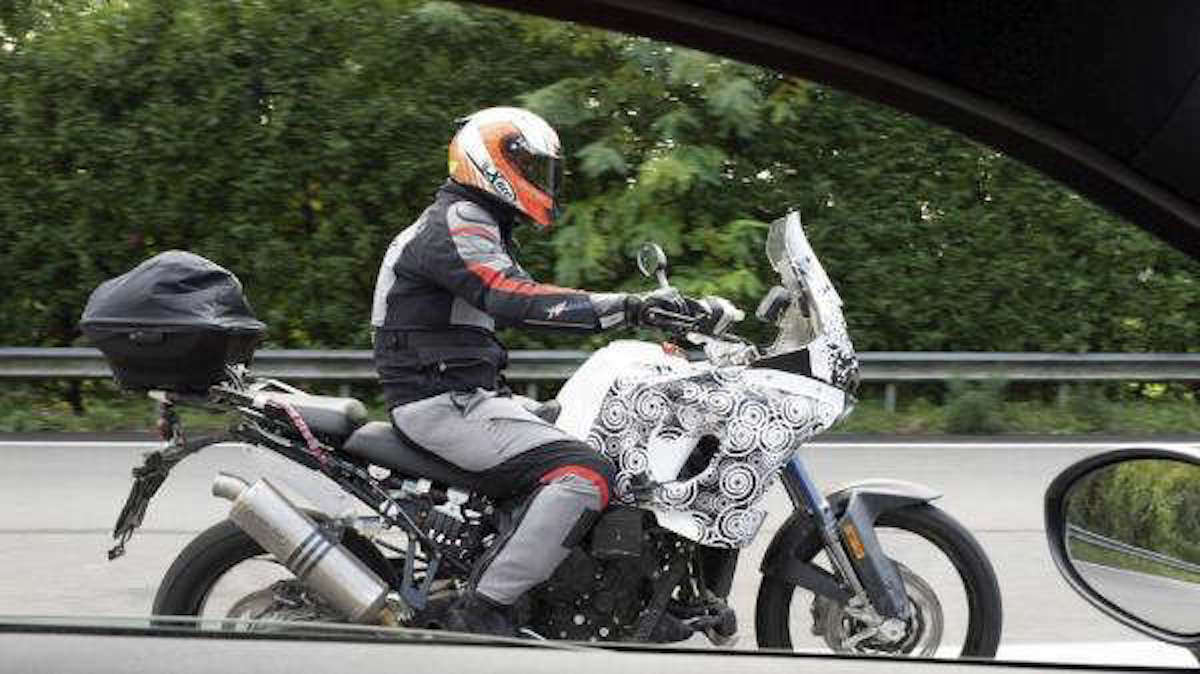 Two New Adventure Bikes from MV Agusta. MV Agusta is dipping their toes back into the adventure bike category – and we’re going to see the fruits of their labor in the form of two new machines, set to debut at this year’s EICMA.

The report from Motorcycle.com states that earlier this year, spy shots began circulating about the great web, showing evidence of their ADV prototype. The company has since confirmed these rumors, along with a bit of extra information on what we might be getting our hands on in a few short days.

Our hints come in the form of MV’s CEO Timur Sardarov, who has apparently gone on record stating the

We also have a new website domain created by MV Agusta to commemorate the bikes’ upcoming birthday, called www.luckyexplorerproject.com.

What is Lucky Explorer, you ask?

“To historians of MV’s past, the Lucky Explorer logo might look familiar. For those unaware, MV is not totally new to the world of adventure bikes and rallies – kinda.”

“Its parent company Cagiva, then known for owning another Italian marque – Ducati – participated in the famous Dakar rally in the late 1980s with the Elefant. Its primary sponsor? Lucky Strike tobacco, with its signature red dot and gold rim.”

“Cagiva later famously sold Ducati and adopted MV Agusta as its primary brand. Fast forward to the present day, and the popularity of the ADV market has not gone lost on MV. What perfect time, then, to jump back into the fray. Especially when you have history on your side.”

CycleChaos goes on to fill us in with the Elefant’s specs – very much in line with what MV Agusta appears to be shooting for when it comes to ADV bikes: