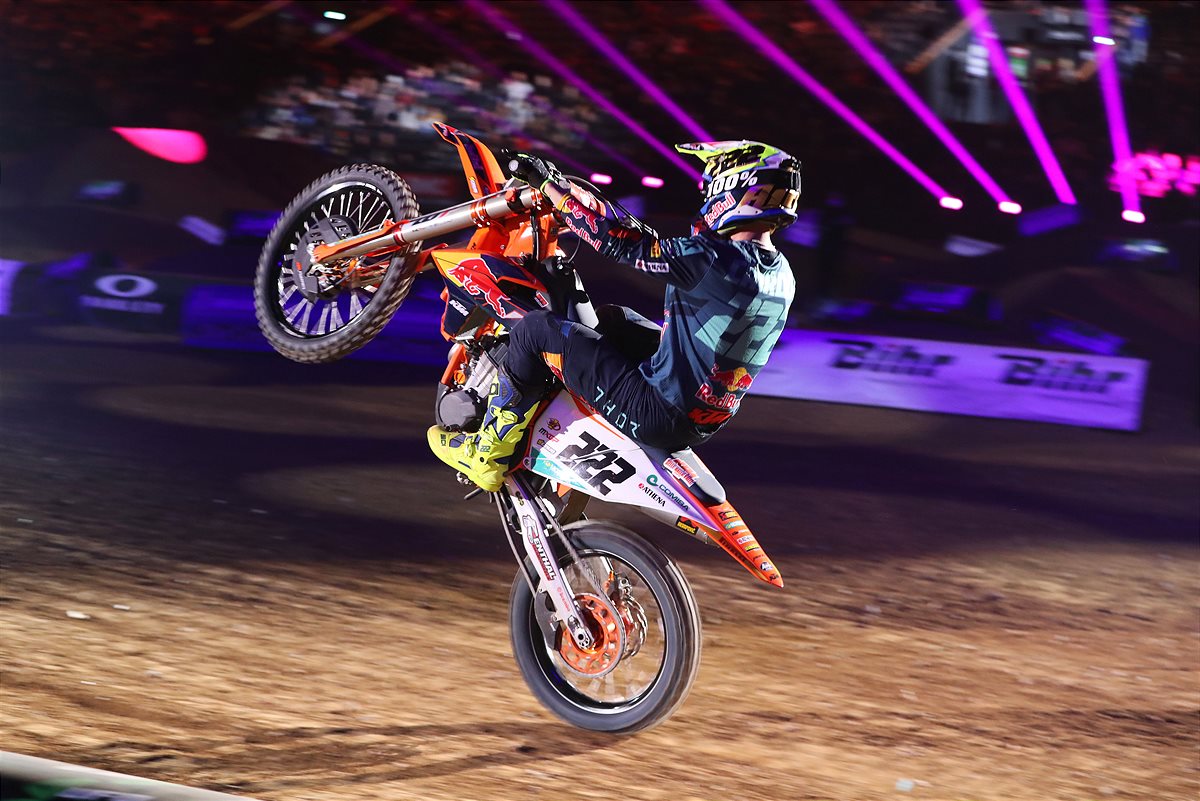 MUSQUIN AND CAIROLI STAR AT THE SUPERCROSS 2021 IN PARIS

Red Bull KTM Factory Racing stars Marvin Musquin and Tony Cairoli were among the main protagonists in the La Defense Arena for the Paris Supercross. Europe’s most popular annual SX event. Musquin swept the entire race card to be crowned “King of Paris” for the third time.

The King of Paris returned for 2021

With a simplified track layout to attract some of the MXGP’s leading figures as well as a selection of competitors from the US and the AMA Supercross series. Marvin Musquin was among the travelers from the USA and the Frenchman was the 2016 race winner in Paris-Lille and in 2017 again placed the “royal crown” in his hands at the first edition of the meeting in the modern La Defense Arena.

He joined the works team in 2009. # 25, who won an AMA series run in 2021. It is still one of the most competitive names in the American Contest, set its pace from the start and mastered Superpole. He controlled the first two sprints and faced some resistance from Justin Brayton in the third, but took his KTM 450 SX-F to a 1-1 streak to earn the applause from Cedric Soubeyras.

Fresh from the curtain

Fresh from the curtain on his eighteen-year full-time Grand Prix career and an enthusiastic reception at the EICMA show in Milan, Cairoli chose PARIS after competing for the first time in 2011. The Sicilian improved as the afternoon wore on. A small fall early in the first sprint meant he finished 17th, but he finished 6th and then a decent 3rd in the final race to 7th overall. Two places behind Chad Reed, who also rode a KTM 450 SX-F.

“To be King of Paris 2021, that was of course the goal and I came here well prepared as we are getting closer to the new supercross season in January. This event is always good training for me, even if it was different and this year as the track didn’t have a whoops. It was still fun and the floor was choppy: it was still a challenge and I wanted to do holeshots, be in front, and push to the end. I’m happy and this time it was a one day format but I enjoyed it. We went 1-2 with my buddy Cedric Soubeyras: two French! That was pretty amazing. “

“It was a nice event and I wasn’t really well prepared for Supercross because the MXGP ended so late. I didn’t have the best rhythm in the first few sessions, but found more flow in the main events. Finally i ended up in the top three. It was nice to master the season and end with this experience. “