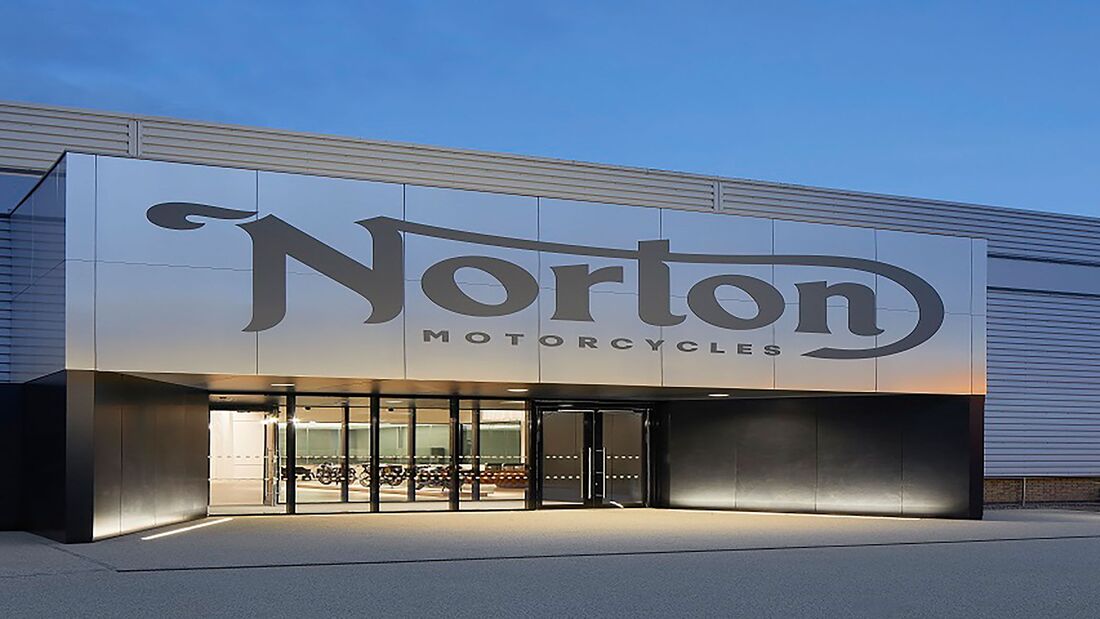 The British motorcycle manufacturer Norton has built a completely new production facility in Solihull. Now the complex has officially opened.

Despite all prophecies of doom, the British motorcycle manufacturer Norton is again building motorcycles in significant numbers. Under the new owner, the Indian TVS Motor Company, Norton has built a new production facility at the Solihull site in the West Midlands and has now officially put it into operation just 18 months after taking over the brand. Up to 8,000 motorcycles can be manufactured annually on the new production line.

At the new location, in which TVS has invested several million pounds, Norton is concentrating production, development and design as well as all service and spare parts supply in an area of ​​6,800 square meters. A large showroom with current and historical models was also set up. Norton currently employs around 100 people in Solihull. If demand increases, the workforce is to be increased. TVS proudly emphasizes that the new headquarters in Solihull is the most modern facility that Norton has ever owned in its 100-year history.

After acquiring Norton, TVS initially appointed John Russell as interim CEO. Russell, was previously both Vice President and General Manager of Harley-Davidson Europe and prior to that at Land Rover. He immediately started hiring to keep the business going. During that time, TVS looked around for a new CEO and has now found Robert Hentschel. Hentschel comes from the Finnish contract manufacturer Valmet Automotiv and has a doctorate in physics from the Technical University of Braunschweig. Previously, he was, among other things, already active in the management of Lotus. The newly named Norton CTO Vittorio Urciuoli was head of the drive division from 2013 to 2016.

The new CEO Robert Hentschel paid tribute to Norton’s performance over the past year in a first statement.

Under the strategic leadership of TVS Motor, Norton has already achieved incredible successes including ending foreign management and beginning reconstruction. An ambitious team has been formed and around 100 new professionals have been recruited. The work that has been done is brought to the region, and we are will add more in the future as our business grows.

Only a few production facilities and special tools were taken over from the old location. The rest of the production is based on state-of-the-art facilities. Initially, machines of the Commando type that have already been ordered and some of which have already been paid for are manufactured here. The series production of the super sports car V4SV will then start.

The opening of the new headquarters is a significant step forward for Norton Motorcycles. The opening of this state-of-the-art facility lays the foundation for a sustainable long-term future for Norton. The new motorcycles meet the world-class standards that our customers have come to expect,

The new Norton plant is located in the immediate vicinity of the production facilities of the car manufacturer Jaguar Land Rover, which also has an Indian owner in Tata. Relations between the West Midlands and India are correspondingly good. The relationship between Great Britain and India also strengthens Ralf Speth’s appointment to the supervisory board of Norton’s mother TVS. Speth was boss at Jaguar / LandRover for eleven years and sits on the board of directors. From January 2023, he will replace Venu Srinivasan, who will be given an honorary position, on the TVS board of directors.

After the last inglorious crash, the future for Norton under TVS looks bright again. The new plant is up, production is running and the management floor is freshly manned. If the bikes are still right and customers pull along, Norton could become a real house number again.