Design tuning for the Road Glide 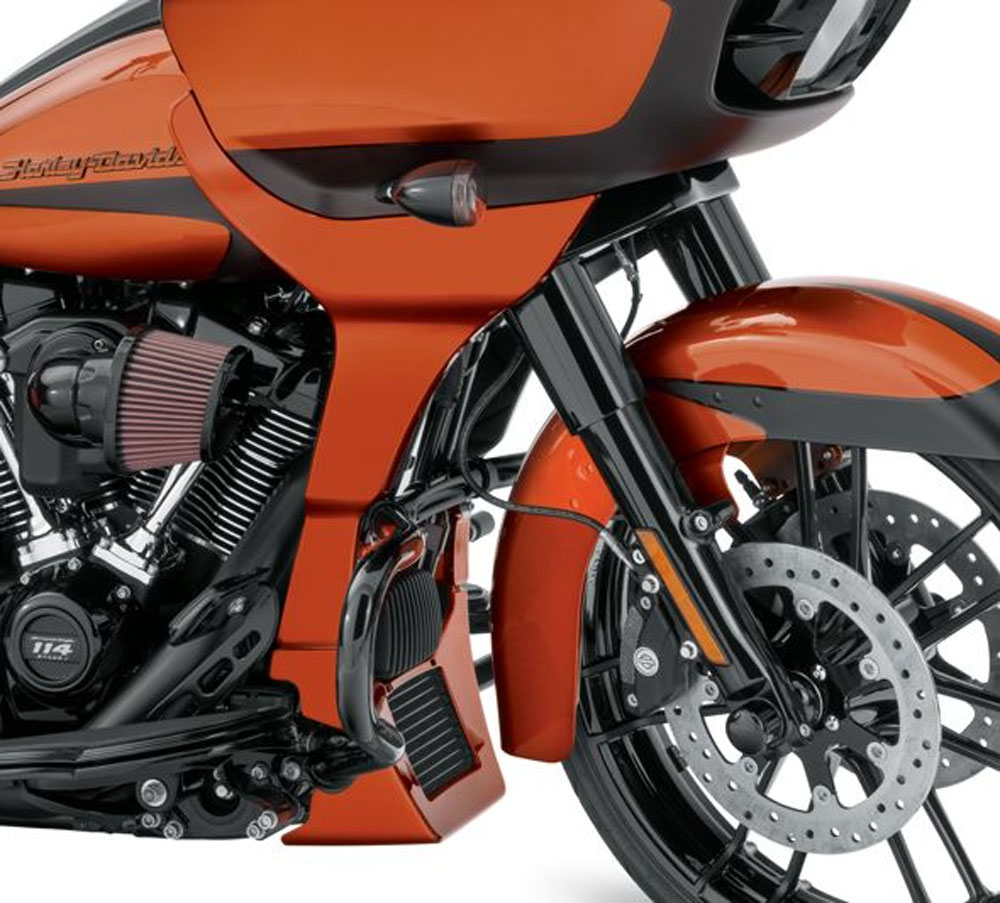 Here you will find a few tuning tips for the Harley-Davidson Road Glide / Special. In general, the design of the Road Glide is controversial, but it is becoming more and more popular among touring riders. What many do not know, there are a number of accessories for the Road Glide to make it appear a bit more elegant in design and you also get an extra bike that is suitable for touring.

The Fairing Spoiler Kit is available in the colors Scorched Orange, Wicked Red, Wicked Red Denim and also in Vivid Black
The fairing spoiler on the photo on the left is already painted, the kit is also available in Vivid Black (Part No. 57001042DH), Wicked Red, or Wicked Red Denim. Having it repainted is not rocket science if the desired color is not included. According to Harley-Davidson, the KIT also requires the Chopped Engine Guard (Part No. 49000117A), the parts mentioned can already be ordered for the 2019 model, for example.

Harley-Davidson Road Glide Special Fairing | The Instagram user @livefastrideharder has modified his Road Glide Special like this.
The CVO Fairing Kit looks really cool when combined with the Fairing Lowers. The fairing kit forms the transition from the fairing down to the oil cooler. The kit comes into its own especially when viewed from the side.

The built-in ventilation flaps can be specifically adjusted to provide the engine with additional air cooling while driving. In good weather they are left open and in rainy weather they are closed in order to achieve maximum protection from the elements.

The Fairing Lowers are available in the color Vivid Black (Part No. 57100257DH)